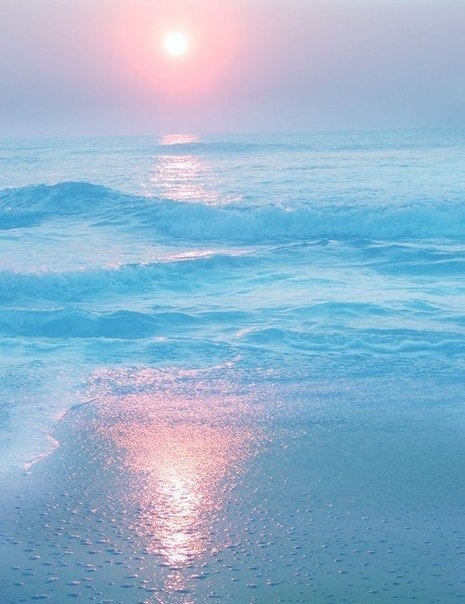 THE OLD WORLD SIMPLY DOES NOT EXIST ANYMORE, THE WORLD BECAME DIFFERENT

ON JANUARY 6, 2020, Norwegian scientists from the Polarlightcenter Geophysical Observatory noticed a strange activity of the northern lights over Norway, Finland and Iceland. They recorded a sudden change in the currents of the earth and the magnetic field. Local media reported that 15 minutes before “this shock wave”, the NASA space satellite transmitted how the density of the solar wind jumped more than 5 times, and the interplanetary magnetic field near Earth DIRECTLY REVERSED 180 degrees.

Scientists said that in the Earth’s magnetic field for many hours a CRACK OPENED, through which a solar high-frequency stream flowed to the earth. A 180-degree turn of the interplanetary magnetic field and the formation of a local discontinuity in the polar ionosphere did not occur by itself.
On JANUARY 7, 2020, it was recorded that the supermassive black hole M87 threw powerful jets toward the Earth. As a result of observations conducted by astronomers for four years using the Chandra observatory, powerful jets emitted by a black hole were EXACTLY DIRECTED in the DIRECTION of the Earth.

We are talking about the object M87 (in the center of the elliptical galaxy M87, the constellation Virgo), weighing about 6.5 billion times the mass of the Sun, at a distance of about 55 million light-years from Earth. Its core is very active, generating powerful radiation of various frequencies, including gamma radiation.

A gigantic jet emanates from the M87 core. This jet contains several bunches, the optical radiation of which is strongly polarized. The color of the radiation is blue.
Radio emission comes both from the galactic nucleus and from the surrounding extended region of about one hundred thousand light-years in size. Galaxy M 87 is a powerful source of X-ray radiation.

It also turned out that the M87 is a rotating black hole. The nature of the M87 radiation is constantly changing.

IMPORTANT - from the M87 source, particles with energy exceeding 10 in the 19th degree of electron-volt came to us. This energy is SO powerful that the particles came to us WITHOUT deviations in galactic magnetic fields, that is, along a DIRECT LINE.
Powerful gamma-ray bursts have a long-wavelength continuation - the so-called afterglow. Following the initial gamma-ray pulse, the X-ray flux of a typical length of several days follows CONSTANTLY. It goes into ultraviolet, then into visible light, into infrared radiation and, finally, into radio waves, which are fixed for weeks and months.

Another important aspect of what happened. During those “many hours” when our planet was open to space, there was a forced reconnection of the magnetic lines of force of magnetic fields, of which there were at least two. Earth's magnetic field and M87's magnetic field. We for a while became a tiny CONTINUOUS of this space giant, who included us in his magnetic field.

KEY RELEASE is the fundamental physical process in plasma, responsible for all phenomena of plasma activity. There are two types of reconnection - forced and spontaneous. In our case, it was precisely the FORCED reconnection of the lines of force of the Earth’s magnetic field, in which the magnetic configuration undergoes a restructuring of the plasma flow from the outside.

The participant of this space action is the SUN, it also contributed to the surgical operation for the Earth. And it was updated. 12/21/2019, a powerful magnetic explosion was recorded on the Sun
Despite the fact that the existence of such explosions was supposed by experts 15 years ago, observation of one of them took place only at the end of 2019.

As a result of the eruption, the magnetic fields of the star were torn, and then reunited, which led to an unprecedented magnetic explosion. The release of the substance occurred in the form of a prominence. Previously, researchers observed a spontaneous reconnection of the solar magnetic lines of force, now they saw the reconnection FORCED.

EVENT FOR CUTTING IN THE MAGNETIC ENCLOSURE OF THE EARTH HAS NO ANALOGUES. Nothing to compare. EVERYTHING HAPPENS LIVE. WE HAVE BEEN PUSHED WITH COSMIC RAIN OF GAMMA RADIATION OF HUGE POWER - AND THIS IS NOT A RANDOM FACTOR - AIMING ON THE PLANET IS NOT JUST SO.

Under the influence of a stream of elementary particles coming from outer space, the molecular composition of DNA changes - what will come next can only be assumed.

The global impact of PHENOMENA suggests a corresponding large-scale action - energy. So, it is time for us to be witnesses and at the same time PARTICIPANTS of the further destruction of old energy matrices (thoughts, habits, patterns, egregors). Large and small, in a variety of options. In all manifestations - from the global plan to the plan of the personal, individual.

But in one thing you can STOP DOUBT - the old world ... no, it is not doomed ... THE OLD WORLD JUST DOES NOT EXIST ANYMORE, THE WORLD BECAME DIFFERENT
First, it’s worth understanding what happened at the time of the connection by the energy cord from the M87 galaxy, in the center of which is the Black Hole, with our planet Earth.

This cord looked like a hose that stretched from a huge black ball and was connected to the south pole of the Earth. Inside the Earth there is an infromir or a world of the second dimension, where all low-frequency or negative energies that people in the third dimension generate are dumped. Naturally, over many millennia, this cesspool was filled up and an energy hose and device (Black Hole) were connected to the Earth to pump out these wastes of human life.

This energy hose consisted of an internally hollow pipe, and there was powerful luminous energy around. It was this energy that acted on the Earth’s magnetic field, spread the magnetic lines and connected to the South Pole. It was clearly visible how previously the dark interiors of the Earth began to move away. After that, light energies from the hose-cord filled the inner space of the planet. Pulses of light energy (gamma radiation) passed along the surface of the planet. They cleaned the elements of the Earth: water, air, earth and ether.

Black holes cleanse the planets of accumulated negative energy, otherwise the planet becomes conditionally heavier and gradually plunges into the dark space of another, lower dimension, and then the Black hole, which grinds and separates not only the planets, but also the sun of the entire Galaxy.