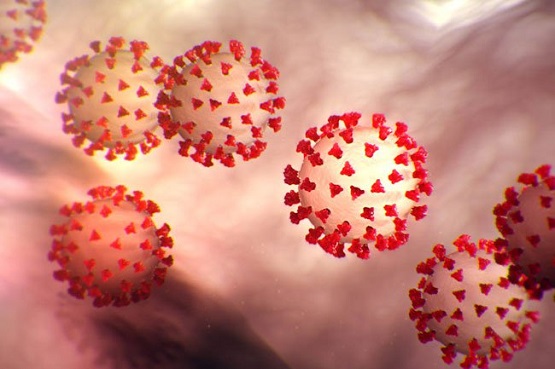 China’s Coronavirus Hype ~ Straight Out of The CDC Flu Playbook

By Jon Rappoport, Guest writer at Waking Times
In today’s episode of Numbskulls and Deceivers in Medical Science, I ask the question: Are Chinese researchers copying an old CDC scam, or have they independently come up with their own lies which happen to mirror CDC hype?
In my series on the China epidemic (archive here), I’ve pointed out that pneumonia—the key indicator of the “coronavirus”—can be caused by many other factors:
Other microbes, fungi, toxic pollution, etc.
And Chinese authorities no longer require direct testing for the coronavirus. Instead, CT scans of the chest are employed. If these scans show signs of pneumonia, the “coronavirus epidemic” label is absurdly applied to the patient.


I’ve also pointed out that, historically, pneumonia has been a major disease in China. Long before “the emergence of the new human coronavirus,” people in China have been dying of pneumonia at the rate of about 300,000 a year. Now those people, passing away from the disease in 2020, can be falsely called “deadly epidemic cases.” How convenient.
Well, it turns out the US Centers for Disease Control (CDC) has been running its own pneumonia scam for a long time.
Some years ago, when I was writing about the flu, I received emails from Peter Doshi and Martin Maloney. They fed me data from the CDC’s own charts detailing flu deaths in the US. And they pointed out the lies.
Doshi went on to write an analysis for the journal BMJ Online (December 2005). Here is a key quote from his report:

You might want to chew on that sentence for a while.
You see, the CDC has created one overall category that combines both flu and pneumonia deaths. THEY CALL THIS CATEGORY “FLU.” Why do they do this? Why do they deceptively assert the pneumonia deaths are complications stemming from the flu? Because they want to sell doctors and the public on the “dangers of the flu.”
Pneumonia has a number of non-flu causes.
But even worse, in all the 2001 flu and pneumonia deaths, only 18 revealed the presence of an influenza virus.
Therefore, the CDC couldn’t truthfully say that more than 18 people died of influenza in 2001. Not 36,000 deaths, the old CDC PR statistic. 18 deaths.
Doshi continued his assessment of published CDC flu-death statistics: “Between 1979 and 2001, [CDC] data show an average of 1348 [flu] deaths per year (range 257 to 3006).” These figures refer to flu separated out from pneumonia.
This low death toll would drop MUCH lower, if you added the need to confirm the presence of a flu virus in those cases.
Clearly, the CDC combines flu and pneumonia in one category, and calls it “flu,” in order to lie about the number of flu deaths in the US, and thus push the flu vaccine.
So we have two fake hustles, years apart, in the US and China, both based on the deceptive use of pneumonia.
Liars tend to tell the same kinds of lies, over and over. Medical liars often import diseases which have nothing to do with their claims, in order to build up case numbers and pump up threats and fears.
And then sell toxic drugs and vaccines, as solutions.
I’d be quite happy to offer this article and its blunt facts to the New York Times, or the Washington Post, or CBS, NBC, or ABC, providing they assure me they’ll print it and then force their hungriest hounds to track down and indict the high-level deceivers, by name, who are pushing these criminal falsehoods. Ordinarily, I would charge $10000000000000 for the article, but in this case I’ll settle for a six-hour, face to face, live streaming interview with the head of the CDC, in prime time.

Jon Rappoport is the author of three explosive collections, THE MATRIX REVEALED, EXIT FROM THE MATRIX, and POWER OUTSIDE THE MATRIX, Jon was a candidate for a US Congressional seat in the 29thDistrict of California. He maintains a consulting practice for private clients, the purpose of which is the expansion of personal creative power. Nominated for a Pulitzer Prize, he has worked as an investigative reporter for 30 years, writing articles on politics, medicine, and health for CBS Healthwatch, LA Weekly, Spin Magazine, Stern, and other newspapers and magazines in the US and Europe. Jon has delivered lectures and seminars on global politics, health, logic, and creative power to audiences around the world. You can sign up for his free emails at NoMoreFakeNews.com or OutsideTheRealityMachine.
(To read about Jon’s mega-collection, Exit From The Matrix, click here.)
Like Waking Times on Facebook. Follow Waking Times on Twitter.
~~~~~~~~~
Gepost door Ver-p-lichte Kost op 19:50