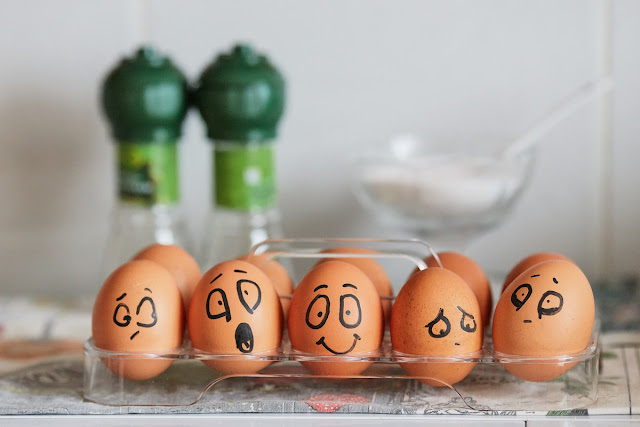 As the energies keep ramping up, we're being asked to step up our game.
The latest request from the Universe and our Higher Self is a difficult one: emotional mastery.

It is the last hurdle of our Olympic race. Did you know by the way that in the Olympics men run 110 meters hurdle and woman 100 meters? I used to think this was discriminatory yet actually it is the opposite. It is so because a man's step is longer than a woman's. Men need fewer steps to run 10 meters than women, so the hurdles are set according to the number of steps of both genders. Hence the difference in length: 100m and 110m.


So I was wrong and I apologise to the International Hurdle Federation for throwing smelly eggs at their offices.
This is a theme though: things from the past are coming back up for re-evaluation.
The trick is to look at it without shame, guilt or judgment but from a place of consciousness.
Let me explain that with an example, that always works best for me.

2 years ago I ended a friendship with a guy I had known since puberty.
We weren't close when we were younger yet synchronicity led us to became good friends 4 years ago.
Yet, I ended our friendship quite abruptly.
A while ago, I wrote him an e-mail and told him what I had to say.
I told him that at the time I made the best decision my consciousness could make.
Yet as time passes and my consciousness grew, I now could see our friendship from a higher level.
Perhaps it was time to revisit this friendship.
He replied and said he never understood why it ended in the first place.

Sometimes life throws so much at us that it's difficult to see the good from the bad.
We need alone time, time to go in solitude and evaluate and process what's real and what isn't.
Sometimes we misjudge. That's not good or bad, it just is. It's an experience, something to learn and grow.

That's the time we're currently in. The energies on Planet Earth are the highest they have ever been in history. Please understand that these times are unprecedented. This is a new game.
There is more energy and more Light which means that all darkness is being swept away.
When we think of darkness we tend to immediately point outwards to the villains of this world, yet darkness is first and foremost in ourselves, in our hearts.
That is exactly what the energies are doing: getting rid off the last pieces that prevent us from being Love and living with an open heart. And so we rise in consciousness, so we ascend.

Back to the example of my friend: I reacted on an emotion.
An emotion that triggered an old wound.
I can see that now, the light has made it visible.
I then opened my heart and had the courage (derived from the word 'coeur' which is french for heart) to contact my friend again. I forgave myself, an often overlooked step in forgiveness as we are taught to forgive others. True, but the first one and most important one is: yourself.
I forgive me for my reaction based on a trigger of an old wound.
I learned from this experience and am grateful.

It's exactly the theme we're in now: emotional mastery.
Things are being triggered to be released once and for all.
I admit it's a tough and painful time, last week was extremely rough.
It was worse but I'll refrain from using foul words.
Yet, there is always a silver lining.
The silver lining comes when we master our emotions.
Whenever an emotion arises, the trick is to go to the root: on which pain/trauma does this string pull?
Ah, that one.
Is this still valid or is this a conditioned thought or program running in my brain?
Is this true in the Now? Most of the times it isn't and it is an old wound or old programming.
We can see that very clearly now, that almost everything is old programming, either from family, society, past lives, ... it is not ours. But that's another topic.

Emotional Mastery, I repeat it.
That's what we're learning now.
It's an essential part of life and our Ascension.
Want to be a master, then master your emotions.
I'm telling this to myself too.

That's also what the New Moon in Aquarius today comes to tell us.
Aquarius is the Water Bearer.
Water Bearer means to own the water, own your emotions.

Once again and feel free to check out my previous post, check in which house 7 degrees of Aquarius falls in your birth chart. That house will tell you where this Emotional Mastery will play out for you in the next 2 weeks.

Have a nice Sunday my fellow Masters!