Sananda ~ Find That Zero Point Within You Channeled By: James McConnell 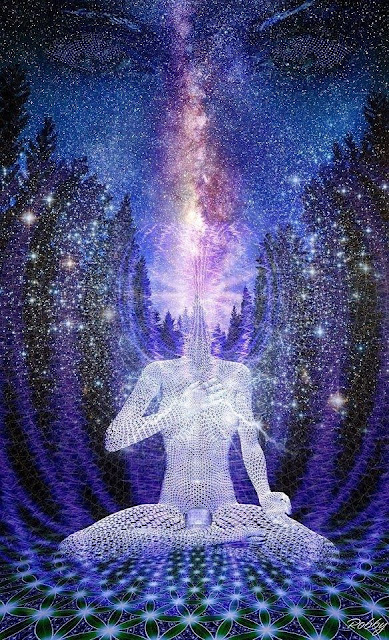 Sananda ~ Find That Zero Point Within You

Channeled By: James McConnell
~~~~~~~~~~
I am Sananda. And as always, I appreciate these times that I can be with you and communicate with you in these ways. For so much is in the process of change now.
Many of you are feeling the energies, the waves of energies that are coming in. And they are coming in stronger and stronger.
And in this day now, today, a major gateway has opened up that is allowing for many more of these energies to come through, and for all of you, the Light Workers and Light Warriors across the planet, to be able to take these energies in and continue to acclimate to them as they continue to work on your central nervous system.
And many of you feel the symptoms of this, because your central nervous system is not quite ready in some cases for these energies. Some of you it is. But some are having difficulty with this. It can be in stomach pains. It can be in bodily pains. It can be in heart fluctuations. It can be in rather severe headaches at times.
Energy is either expanded or contracted in those times. You may feel like you need to sleep for long periods of time. You may also feel energetic and like you can conquer the world in these moments. You may even begin to feel more of a blissful feeling come over you. This again is acclimating to these energies.


For this day, this February 2, 2020 has not happened in this way for over a thousand years, the last time being January 1, 1010. And the next would be March 3, 3030. So this is an auspicious time that you are in now in these moments.
And all of you are being prepared, and are preparing, for this ascension, for your own personal ascension, as well as the collective ascension of mankind. Because this is a collective venture. You have a saying: “no man or woman is left behind.” And that is the case here. For no one will be left behind that wants to continue on, that chooses to do so.
Yes, there are definitely things that you can do, processes that you can take, tools that you can utilize to help you in this ascension process. But I tell you now, as Sananda, no one will be left behind that chooses to move on.
For it is destined for all of you, all of you the Light Warriors and Light Workers, the Way Showers, the Light Bearers, all of you are destined that you shall move on. For these are your moments. This is your time. Times that you have been preparing for for many thousands of years and many, many lifetimes. These are the moments that will be arriving, are arriving now. You just simply need to sit back, watch the show, and look at it as a show, maybe even as a movie that is playing out in front of you.
When you watch a movie, you observe it. You are not actually a part of it. You are not one of the actors in the movie. But this particular movie you are one of the actors. You are the actors, you are the directors, you are the fans. You are even the producer of this movie. While all of this is going on around you, be aware of it, but not involved in it.
As some of you, and many across the planet are beginning to become frightened about this so-called pandemic that is spreading, it is yet but another attempt, or another ruse, by those of the dark forces to both take attention away from something that they do not want you to attend to, or to bring fear so that they can feed off this fear. And where many of those now that are seeking to flee from the light are going is where there is much fear happening now in these moments on your planet. That is in the Asian area.
But there is nothing to fear except fear itself. Except the programming of fear. For if you remain within the eye of the storm as the storm continues to rage around, and rage around it shall still, not for much longer. For those that attempt to raise the storm are finding out that they do not have the power anymore to do so. And as they realize this more and more, the storm will diminish.
And the storm then that is raised by the forces of Light shall take over. You are that storm. Each and every one of you. You are storm that raises the Light, raises the love, raises the consciousness across the planet. So continue to do so. Every opportunity that you have. But you do so by remaining neutral in all situations.
Find that neutral stance within you, that neutral state within you. Because that, more than anything, my friends, is preparing you for your ascension. Find the neutral point. Find the zero point within you and remain there as much and as often as you can, and you will find then that the 3-D matrix, the illusion of the 3-D matrix, will dissipate right in front of your eyes.
I am Sananda, and I leave you now in peace and love and oneness, that you might continue on each every day, each and every moment. Find that neutral point within each of you.
~~~~~~~~~