The Photon Belt ~ Swimming Through the Ocean of Light By: Teri Wade 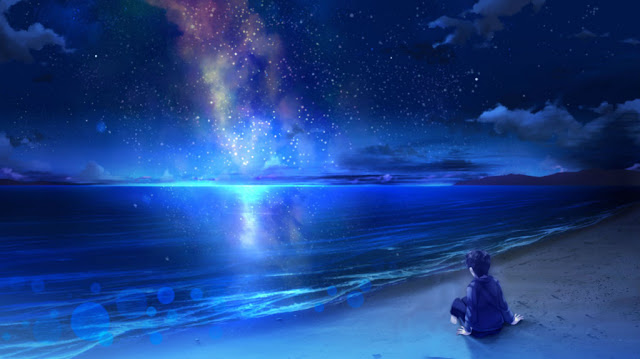 The Photon Belt ~ Swimming Through the Ocean of Light

By: Teri Wade
~~~~~~~~
In the Universe everything functions in cycles. All life and the Universe obeys two laws… The law of cycles and the law of hierarchy which is the path of Ascension.
Every human being lives many cycles during their existence. Remember, as much as your life sucks and filled with pain every human is going in the direction of Ascension. All the human family experiences the same phenomenon of cycles as does the Earth, our solar system and the galaxy and our entire Universe … We are always in constant motion. These cycles are like small steps that allow all life to ascend to a higher consciousness. These are evolutionary cycles.
At this time our planet, solar system and galaxy are all in great movement and our galaxy in which our planet is a part of has entered the Photon Belt. It’s not a belt,  it’s like an ocean of light. So, what that means is that everything in our galaxy including us has entered this ocean of light, higher energies of light…hence, the Ascension of the human species we’re experiencing.


Humans that lived 26,000 years ago lived in important times for planet Earth because they experienced many different things, many different lives in completely different ways. The level of consciousness in humans living at that time was not the same because the experiences in these two different epochs were not the same.
The Photon Belt can transform all that is matter… Meaning it can change its vibratory frequencies to levels like we couldn’t even imagine. Unfortunately, it often happens in the course of colossal destruction. The destruction of planets, and also the destruction of the human species. Because, all that cannot vibrate in this immense vibrational transformation is in some way destroyed. Are you getting the picture? Wake up!
Also, the light of this Photon Belt has extremely important action on the human souls whether here on planet Earth or elsewhere. Of course, beings that are on planets not of free choice, higher dimensions and of a higher vibration will not integrate or experience these higher photon frequencies the same way the lower vibratory planets will which makes sense.
The energy that the human being integrates will help them evolve depending on the work accomplished and depending on the maturity of that human beings soul and where you are at in your level of consciousness. These higher frequencies transmutes and transforms everything it penetrates, it also can have a destructive effect on those who are not capable and fight these higher frequencies and choose to not integrate with them. (Fight your programming)
The Dark is being pushed out. Hence, all the global chaos on our planet right now. Meaning, the Dark rule cannot control anymore in these higher frequencies. We’re watching this take over and ousting of the Dark rule in real time, right before our eyes. Meaning…This photon energy, these higher frequencies also act on that of not light.
This is what’s happening now at the end of this 26,000 year cycle we’re at the end of. We entered the Age of Aquarius in 2012 and remember every constellation gives off a certain frequency and in that frequency we experience a new step in our evolution thru those new experiences. Every astrological Age is a product of the Earth’s slow precessional rotation and lasts for 2,160 years, on average (26,000-year period of precession / 12 zodiac signs = 2,160 years). Again, this upheaval our planet is experiencing are essentially due to the resistance of these higher frequencies. (Light outsing the dark, the dark cannot handle these higher frequencies of light)
This Photon Belt has existed since the creation of our world and beyond and will continue to exist. This passage into this Photon Belt will bring about an Awakening that so many are not even aware of and remember… what you can see, hear and touch is nothing compared to what you can’t see, hear and touch.
The souls that have remained asleep and ignorant to these higher frequencies will commence another cycle of life on other worlds in the third dimensional existence. Those of you that have awakened will have completed an entire cycle of experimentations thru your experiences. Think of your passage through the Photon Belt as a ticket brought on by thousands of lifetimes.
Basically, you are understanding how it is to live in a higher dimension which is love, you’re starting to understand how to live in a higher vibrational state of consciousness. Really, this new energy means you’re less human, you’re becoming the hybrid being we were supposed to be in the first place. These new frequencies will completely change our world…it’ll change the way man behaves, thinks and reacts and also it will end the dominance of the low vibratory dark energies in this world.
Once we integrate into this new world we will be entering the heart of the Age of Aquarius and what that all entails. Eventually, everything will stabilize we will be finished living through the great turbulence of humanity.
And remember just cause your eyes can’t see it yet, your mind can’t perceive it yet or your body can’t feel it yet… remember, you are still living in this Photon Belt of higher energies and it’s penetrating you whether you know it or not, these energies are helping you to Awaken and preparing you for what is coming. Meaning, we’re going thru a birth of consciousness and nobody said it was going to be easy.
~~~~~~~~~