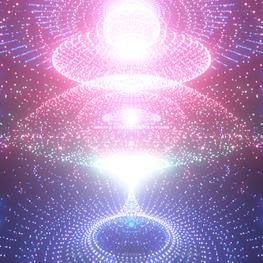 AMANDA LORENCE – WE ARE ALREADY RECEIVING INCOMING WAVES ALMOST DAILY. IT’S BECOME THE NORM, SO I DON’T POST ABOUT THESE ALL THE TIME. JUST EXPECT THEM NOW. LEARN HOW YOU FEEL WITHIN, SO YOU CAN DETECT THEM. BUT WE ARE NOT THERE YET. THE PATTERNS AND PULSES ARE MULTIPLE AS PER THE PR-CURSOR ASSIMILATION GIVEN IN 2014. BUT, INCOMING WAVES STILL NEED TO INCREASE, IN STRENGTH IN ONE SPECIFICALLY DESCRIBED AREA; THE FEELING OF PHYSICAL ECSTASY NEEDS TO INCREASE TENFOLD OR MORE, AS PREPARATION FOR/TO OUR PHYSICAL BODIES. SEE PREVIOUS POSTS FOR MORE DETAILS OF INCOMING WAVES AND WHAT THEY ARE DESIGNED FOR.


CONSCIOUSNESS SHIFT:
Began July for the Forerunners. They are IN this shift. It keeps unfolding withinthem a step at a time. Many will start to experience a consciousness shift from October 2019. It’s a gradual process that unfolds to YOU, by you, within, pre-designed before you came. Individual to each, yet as a collective mass ascension. If not already, you may wish to see last FB video entitled “Current Potential Ascension Stages Explained”, explaining the stages that unfold to YOU (in order: Last Major clearing patterns occur, followed by full sovereignty, full integrity, soul merge starts, consciousness shift starts).

MAYAN CALENDAR:
Briefly, I was shown this years ago by people within this reality. I couldn’t get to grips with understanding it, so let it be. Two years later, literally overnight, I understood it, how it works. Have followed it off and on since, and it is ALWAYS correct to my path, on the exact day I look.
I have now received a ‘Learning Dream’ (ironically on the 2nd day of the 2nd moon, so there’s the 22). To pay close attention to the Mayan Calendar, in SPECIFIC relation to A SIGNIFICANT CONSCIOUSNESS SHIFT. The calendar will show it. And having now checked, it did ironically show the start of humanities consciousness shift (for the Forerunners) which began in July 2019 within the 13th moon period.

Related:  Equinox Energy is An Ascension Trigger
FORERUNNERS:
I share this intel, but please disregard if it doesn’t resonate to YOU.

I have been shown categorically, a three day period where certain ones we/I will be “Taken”. The physical body remains on Terra Ferma. So it is an energetic experience that will last three consecutive days. Much will be shown during those days. On return, nothing is the same perception. I was actually shown this scenario some years ago, but it’s been blasted at me now to expect it. During the three day and three night period, we won’t be in any communication with the Dream. Our bodies will be here yes, but our consciousness won’t be. As far as I’m aware, this is to come, so not happened yet. We are currently preparing for this within, as our consciousness is currently changing a little at a time. For this three solar day experience to occur.

This intel may seem huge. I guess it is. But relates directly to:

TIMELINE MERGES At OWN STAGES:
At a given point in EACH’S INDIVIDUAL SHIFT OF CONSCIOUSNESS, we will then experience the merge of “Past, Present & Future” Timelines. What this means is we will then experience THREE realities at once. This will become the norm. And our physical, mental, energetic way of human being.
In 1987, the year of the Harmonic Convergence, I was given this exact experience of three Timelines converging at once, for about 6 consecutive weeks.

PAST: allows us to understand and hold compassion for consequence. What needs to be healed for our collective. We will heal this by knowing this timeline. We will experience many different past timelines as OBSERVER, all designed for our awareness for the present moments.

Related:  The Final Stretch Into the New Horizon, December 2016
FUTURE: Allows us to be that. Our ‘already’ other Higher Dimensional Self. With an array of higher frequency abilities. An array of KNOWINGS obviously as that Self. Merged with GAIA as One seamless experience. Connected to non physical beings effortlessly as the norm.

PRESENT: Allows us to take the intel from the collective PAST timelines, and the abilities and data from our FUTURE Self, and assist HERE, in the solid reality, in the NOW MOMENTS, in the PRESENT again and again. It is from the present moment, from this merge of timelines stage, that MANY around the world become the force, the energy of change. They will have it within them to give out. They will have the knowledge and wisdom to act on, in the PRESENT MOMENTS, for the highest good. Yet it is from a place of balance, service to ALL, the energy of Source utilised in human conscious awareness through the human vessel.

The Timeline Merge may sound a lot to absorb just now, but in truth it isn’t, as it unfolds within us one by one, and it IS easy to be all at once. It is effortless as it all presents to us one at a time, BECAUSE, and only because, we have become BALANCED and NEUTRAL in the mind. This merge happens to the balanced. Where as I’ve explained before now, the layers of our ‘ascension’ hold energetic ‘seals’, that safeguard each, and all collective timelines and abilities. It is therefore an essential part of our own ascension, to become the balance within, that works not from ego, but in Service to the Whole as ONE. Otherwise, a merge of 3 into 1, would be an imbalanced, erratic, confusing and/or possibly egoic experience for the individual experience, where the human mind would not be aligned to the highest good of All. So in place, are energetic SEALS, that do not allow this stage to unfold for the individual facet, until they have passed through all previous embodiment/ascension stages. A beautiful design where all kingdoms and realms are safe guarded by these energetic Seals.

Related:  The Vega Effect and The 5th Dimensional Vibratory Frequency
We are all taking the same path home. Just having different experiences along the way. We are energy, and all paths are magnetic…so home is ultimately the only outcome. It always feels like we are at the beginning of another stage. We are. And there lies the play, the fascination, the revelations, and magnetic drive to venture forth another step, as ONE.

So much love to all.