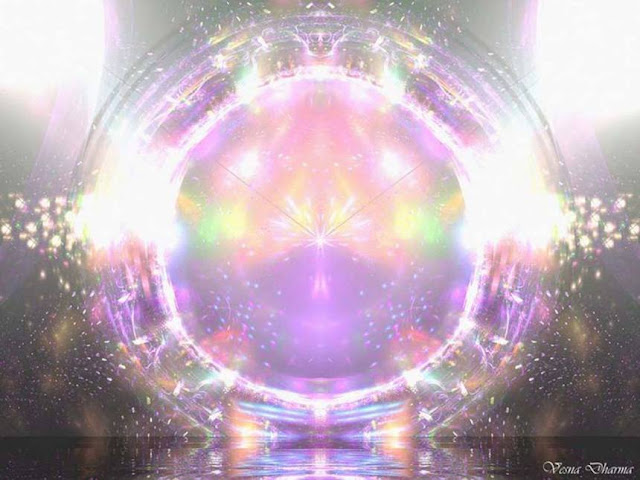 article by: Jenny Schiltz at: 10th Sep 2017
Temporary 5D timeline is now available.
In meditation, I was shown where souls are being moved into temporary timelines. It was an amazing sight, each soul was receiving an energetic boost and a clearing. I asked what was taking place and they told me that each one is being reminded of who they are and their intention of ascending. I saw each soul get a little lighter, brighter and then they were then put on the appropriate collective timeline.

At the same time, those who have agreed at a soul level to ascend, but have not yet awakened are finding themselves being moved from the collapsing 3D frequencies and into the 4D temporary timelines. This is a very large group of souls and it will create a mass awakening that may look like mass chaos as many awaken to anger and conspiracy. This timeline will also be in parallel with the other two timelines but for a shorter duration of time. It will be important that this grouping is not met with New Age dogma and beliefs but with unconditional love and understanding. It will become more and more apparent that one does not need to even know of Ascension on a conscious level in order to take part. All that is required is the honest desire to reconnect with one’s heart center and soul. How that looks will be different for everyone. It will be important that we advise those looking for answers to go within instead of being outward focused.

The Ascension timeline which is of 5D frequency and above is fully functional and ready for all who can maintain the lowest frequency consistently within their form. Each of the temporary timelines is designed to funnel into the next highest until all who are willing to do the inner work are on the same collective timeline. This is not a one shot deal as we have agreed to ascend as a collective. This agreement does not stop people from moving forward but rather those that have moved forward are being asked to be the calming lighthouse for the others.

What these timeline shifts mean
Those experiencing these timeline shifts may experience a wide range of emotions. For some, it will bring ease. For others, it may bring all that is not consistent with the frequency of the timeline to the forefront. There may be an increase of depression (both physical and mental) as the body and mind must calibrate to the higher frequencies. The body may struggle to keep up with the higher light and one’s symptoms may increase. Sleep will be important as one calibrates.
Mentally one may find that their fears and anxieties are more pronounced. It is a great time to get in touch with your shadow and bring it into the light. Even those that have done extensive shadow work are finding a new layer to be uncovered and healed. It is a good time to look at the ways we have been trying to control outcomes, essentially closing the door on the pure potential. We also must look at where we get lost in duality and allow ourselves to become triggered. When this happens we often feel great discomfort in the body as the frequency of judgment and thinking that we know what is best for others closes down the heart. We all must allow ourselves and others to have the exact experience they want for their soul growth.

Maintaining our focus
With the timeline shifts taking place it is possible for two people to be at the same mall at the exact same time and have two completely different experiences due to the vibrational frequency they hold. This can sound insane until you have witnessed it in action. What it does is really hone in the fact that we must trust our own experience and not allow someone else’s to cloud our own. This includes what we receive on social sites, the media, and friends. Pay attention to how the body feels when listening, reading or talking to another. If the body begins to constrict, then that particular reality is not for you. Simply say to yourself – that is not my reality. We are here to expand and that is exactly what is required in the higher frequencies.

To prove this point, even more, a client of mine, Clarissa Coyoca, decided to do an experiment with rice and the effects our energy has on it. She had 3 containers, one labeled love, the other hate and the third she didn’t even label. The third jar she simply didn’t give any energy at all. The other two she gave doses of love and hate through energy and words. Many of us would assume that the one to rot first would be the one that received hateful frequencies. However, what she found was that the one to deteriorate first was the jar she neglected, the one that meant nothing. The rice didn’t matter if the energy given was full of love or full of hate, it simply took the energy and was able to maintain its presence longer. While the one labeled hate did not last as long as the one labeled love, it lasted significantly longer than the one neglected.
This experiment shows us that even if we are against something, we are still feeding it. That in order to strip the power from something, it is best to simply not give it energy. We can know that it exists as awareness of what’s “out there” is valuable, however, we don’t have to continue feeding it. This is a lesson we are all tasked to learn as we take responsibility for our creations.

Timelines collapsing
Timelines that no longer serve us are still collapsing. These seem to be particularly regular as we are moved into other timelines and frequencies. These can bring about very interesting anomalies in our world but they can also bring sadness.
A good friend, a fellow talented shaman contacted me saying that she had the worst depression she has ever experienced and it literally came on overnight. She attempted to ease it through the many tools we have, but the grip of sadness and the feeling of “I’m dying” wouldn’t ease up. When I went into her energy field I was shown where she had what her team described as “timeline bleed through”. They showed me where in another timeline she had just experienced a catastrophic event that led to her death, but due to her sensitive nature, she was feeling all of it in this now. I removed the energetic pull of that timeline as it was literally sucking her down and cleared her energy field. It took her repeating to herself over and over “I want to live” to complete the disconnection.

It was explained to me that while a “timeline bleed through” of this type is rare, it is not uncommon for people to feel the effects. As different aspects of self-are released when a timeline collapses we may feel an entire list of emotions. It is important that we stay connected to this now and release all that doesn’t serve us. Our goal is to learn from the aspects of self in other timelines without taking in all the emotion. If you find yourself feeling strong emotions without understanding where they are coming from, take a moment and state your intentions, your goal. Your goal is to be in the highest timeline and that all that needs releasing is done so with ease and grace.

Hoping that all of you are shifting beautifully. Sending you all much love. <3