Summer 2020: The turning point of lifetimes By Star Sister Astrology 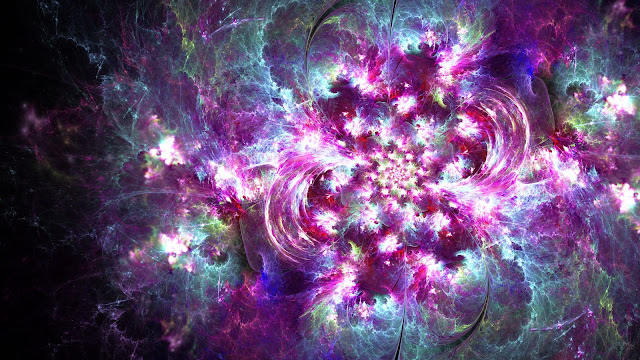 Summer 2020: The turning point of lifetimes

There’s a reason for the intensity of this Now moment — and it’s a big one. The full moon ripening within and around you, in the depths of global metamorphosis, is drenched in revelation about the good future that you’ve been composting , far beneath the surface, since 2020 began.

If Monday’s full moon — in 11 degrees of the zodiac’s 11th sign –has one message, it’s this, MotherGod: You’re at a turning point. And so is our world.

The chaos around us can either be the birthing grounds of a new reality — or its burial grounds. In an interconnected field, what will unfold depends on you as much as on anyone.

It’s not time to despair. Far from it. It’s time to turn the way you meet challenge, resistance, and difficulty into a superpower. Because in the last half of 2020 — a year unlike any you have ever lived, or will ever live again — the obstacles and challenges aren’t distractions from the path. It’s the way you meet them will unfold the path forward, into a good future for your life, and for our world.

We’re over halfway now on our way from January’s reality transforming power to a reality mutation that’s coming in December. We’ve got just enough time — and precisely the level of challenge we need to become the spaces where a reality mutation can be seeded.

2020’s grand finale comes on the Winter Solstice, when our solar system’s two largest planets — the two gurus, the ancients called them — conjoin, as they do every 20 years, to update our understanding of the kinds of structures we need (everything that allows energy to manifest, from habits and beliefs to organizations, laws, and governments) to sustain our access to wisdom and blessing, abundance and grace.

Like everything that’s happening in 2020, December’s meeting of our two guru planets is extraordinary. It’s the first time in over 600 years they’ve conjoined in an air sign — idealistic, big-picture, and future-oriented. Two centuries of practical, cautious reality structures are already coming to an end — and we’re beginning to launch a new era of blessing and abundance that flow through personal and collective structures created to contain and manifest what could be, not to maintain, at all costs, what is.

Monday’s Aquarius Full Moon: Game On for the Good Future

Aquarius is where it’s happening, and Monday’s Aquarius Full Moon is our most potent Aquarian activation until December. And it’s fully charged with energetic potency.

It’s time to up your game, MotherGod, and take the inner leap that makes the outer breakthrough not only necessary, not just possible — but inevitable. The star codes streaming towards the moon — and the intuitive, emotional intelligence within you — carry the most potent brand of courage and the massive creative power of our solar system’s only Star.

In the “Tarot of the sky” known as the Chandra symbols,  the degree where our solar system’s Great Heart will bathe our round and beautiful  moon in light is “the mouth of the Amazon river.”  In his extraordinary commentary on these richly evocative symbols, Inside Degrees, astrologer Ellias Lonsdale writes that this is where we know that we dwell in the very heart of creation. A place of “threshold awareness,” the mouth of the Amazon invites us to become “an open door between worlds” — holding the awareness that allows “the highest and the truest [to] once again be sparkled into the shared stream … pulsatingly alive and self-renewing.”

Here’s the  information the Sun is sending in light codes to the Moon on Monday: the power that brings that new vision and new reality into the world isn’t outside of you, MotherGod. It’s inside of you.

That’s not just a beautiful and inspiring thought. It’s one of the fundamental truths of our fractal Cosmos: the Universe is within you.  It can be hard to access when Mercury — our perception — is opposing both Pluto’ inescapable power and Saturn’s seemingly immovable challenges, all while squaring the dwarf planet Eris and her fierce, paradigm-shattering truths.  And the magnificent Leo Sun is squaring Uranus. The Great Heart of the solar system is breaking new ground for the awakening of the body, and the earth.

The very things that are making transformation so possible now are also making it a challenge and often overwhelming time to be alive. This is an extremely dynamic, tense, high-pressure field. We actually need this much tension to go to a new level — which is what Aquarius is all about. We also need support to stretch our minds, our hearts, and our horizons in ways we’ve never done before.

The world we knew is never coming back. We’re going to create a new world, and we’ve already begun — in the same place where everything begins, beneath the surface. It’s sometimes hard to comprehend, amidst widespread chaos and despair, just as it’s hard in the midst of a bitter winter to believe that spring will come.

That’s why the Chandra symbol for the full moon’s degree  is in perfect resonance with the 2020’s rare and powerful astrology. It’s showing us how “a heated argument [can] turn into laughter.” Like everything else in the Universe, this happens within you before it happens around you.

Deep, lasting change can’t be sustained at any level unless it happens from the inside out — just a tree can’t survive without deep, strong roots. As Lonsdale writes, “In order to make it possible for radical truths and significant realizations to come through, you must first karmically dramatize, inside the ego-mind and outside as well, the unbearable tension between opposing points of view. You enter upon disputes, advocate positions, set up heroes and villains. And then, when your whole inner and outer world is packed with dilemmas, problems, arguments and battles, you become ready to seek out synthesis, to enter upon a cycle of restoring wholeness. . . When resolution comes, everything looks different. All of life turns around, and most particularly your relation to yourself changes from the critic into the friend and respectful ally of your own inward intentions”

MotherGod, are you ready to uplevel your capacity to claim The Power of Collective Transformation?

These times call for new levels of personal and collective intention and mastery. The stakes are high, and the evolutionary potential is unparalleled. I’ve been having many long conversations with my dear friend and gifted intuitive healer Natalie Cutsforth about the depth and power of these times, and what and who they’re calling us to be. Through these heart-to-heart talks, a new vision of shared, transformative practice has emerged, one that’s rooted in both intuitive and energetic tools and also in astrology-based frameworks and practices.

Natalie and I are offering our insights in a four-part, two-month workshop, The Power of Collective Transformation.We know from experience working together over the years that when we come together with others, we create a powerful field, and relationships of caring and support that endure and thrive for years. We’ll be offering tools and practices that will support and empower your sovereign, creative will at a time that has never been more game-changing — and that we anticipate you’ll be using for years to come.

I’d so love for you to join us in expanding the transformative power of personal sovereignty in  The Power of Collective Transformation.  Our early bird pricing makes this four-part workshop as affordable as a personal reading. You can learn more — and sign up — here.

With all the love, and every blessing to you. As the ages turn, I’m so grateful to be here with you.

“I cannot recommend highly enough the profound wisdom, power and breadth of Marcia Wade’s work. She translated the astrology detail (where I can glaze over!) into some of the most meaningful soul reflections I have ever experienced in my life. If you seek someone who has the capacity to see your very core and provide extremely knowledgable and wise sacred guidance, give yourself this precious gift. It may literally be life-changing.”  ~ Helen Quail, Mount Shasta, California