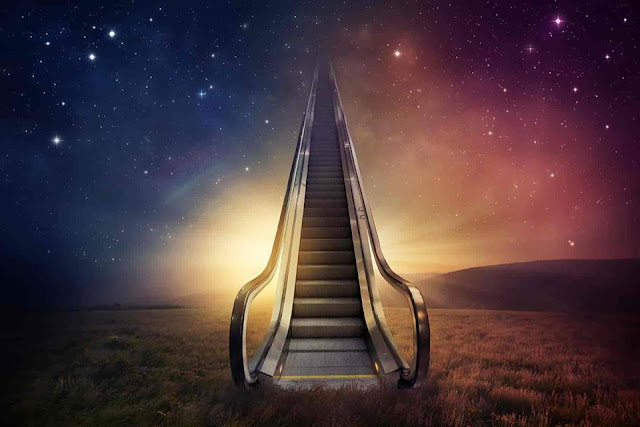 In this Universe everything is energy and that is a fact. It means we are living in a timeless and space-less energy light that manifests itself as you, me, trees, birds, every soul, the stars, the planet and all that exists in the Multiverse. Everything is one and everything is connected.
Everything is interdependent because nothing can exist in an isolated state without a purpose, a reason to be there. We need food to grow, but the food needs us to be grown. Living in this third dimensional existence is tough. If our planet was too close to the sun it would be too hot, if our planet was too far from the sun it would be too cold either way life could not sustain itself. But, we can say that everything is as it should be and everyone is placed where they are meant to be, where they choose to be. Everything is in divine order even if it appears incredibly chaotic.


Out of chaos exists a level of order to give birth to necessary events. Think about the death of a star into a Supernova. A gigantic explosion of pieces of gas, molecules and matter thrown into the cosmos with no apparent order. Meaning, a new generation of stars can be created by the same bricks, shall we say, composed by the original star and those same bricks are the bricks that make up the atoms of our bodies. So, was that explosion chaos or was it divine order? On one level it was chaos but on the highest level it was order.
Everything is designed under mathematical rules, everything is perfect in its individual expression. We give labels and names because we experience life through a 3-D reality. We separate the individual from the oneness, the interconnectedness we all are.
This happens because when we incarnate on a 3-D planet such as Earth meaning its denseness and duality we have to lower our frequency so much in order to exist in such a physical environment. We are multi-dimensional beings whether we are aware of it or not!
We exist on many dimensions at the same time and we operate in each one of them under specific rules. Our “higher self” which is pure energy would disintegrate our human vessel because our human vessel could not sustain that extremely high frequency. So, what I’m getting at here is the Ascension process our physical bodies are going through are feeling these physical symptoms brought on by these higher Ascension energies.
We are raising our frequency higher and higher and as a consequence we are making the impossible possible because now with this Ascension process our physical bodies are being able to sustain these higher frequencies which are bringing in incredible abilities, awareness and insight. We can now operate in a wider spectrum of reality.
As you raise your vibration you can access new portions of reality. This is why the third eye is so emphasized throughout our world and the spirituality community. Two eyes = symbol of duality, right and left brain hemispheres, male and female, the third eye is unification, perception beyond duality, higher awareness and divine wisdom.
Our DNA is morphing being brought on by these higher energies we are receiving from our central sun. A fully functioning human being as originally designed and created had 12 fully functioning strands of DNA. We were once a being that was one with Light (God) in our ancient times.
Through DNA manipulation we were made into an unconscious race easy to control by a very sinister and service to self Dark agenda. This energy called “God, Source” which is divine pure Light is of the highest frequency which is love. The human race is an emotional race and as this Ascension process ramps up we as a species cannot be controlled any longer. God, Light, Source is not only all that exists but it also is everything that doesn’t exist.
Religion preaches separation meaning you’re separate from “Source” and that’s all an illusion. This is how they control the human species... they have you looking outward when it’s always been inside. Once you receive this higher light the unconscious becomes conscious, the asleep becomes awake.
Remember, darkness is just the absence of light. Once these energies start flowing and our awareness starts to heighten darkness remembers itself as Light hence, our Awakening. We will eventually become one with the Light. Completion of Evolution!
Gepost door Ver-p-lichte Kost op 20:33